Next month I’m participating in Silence for Speech 2022. For 12 hours (yes, 12 hours) yours truly WILL NOT BE SPEAKING to raise money (and awareness) for kids who desperately need speech therapy and can’t afford it. 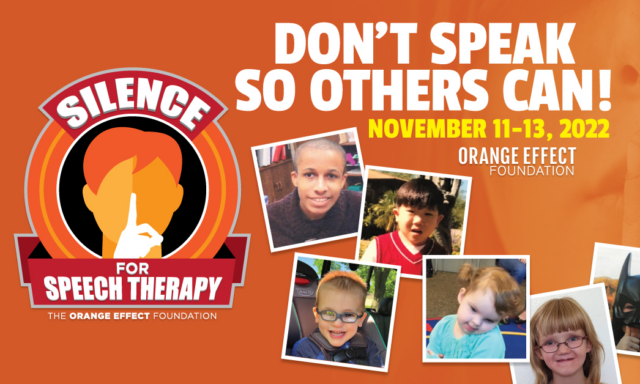 My wife is very excited about this 12 hour period.

Anything you can do would be great. Please support me here. And fyi…$100 covers two hours of speech therapy and everything you give goes directly to the kids.

NOTE: We are looking for companies to sign up this year. Maybe your company? If so, shoot me a response and I can answer any questions.

Oops I Won’t Do that Again!

Last week I presented a few times on the Web3 business model. For one of them I needed to update the presentation. Upon arriving for the keynote I asked if they received my latest presentation. They said they did and it was all ready to go. “Would you like to check?” someone asked.

Now let’s stop right here. I ALWAYS check my presentation. Event teams have lots to do. Handling multiple versions of presentations is just one of them. Many things can go wrong…so checking the presentation is always the right play.

But for some reason, I said I was good. I felt confident they had the right presentation.

Well, you know what comes next.

I’m on stage and then I hit slide six. Slide six was where I added and changed the next 20 slides of the presentation. I knew it was the wrong presentation immediately and paused.

Should I stop the presentation? Should I continue on?

Well, I decided to continue on, fiddle my way through it and try not to show how upset I was.

A few people in the audience talked to me after the presentation and asked me what happened. Apparently I didn’t hide the fact that I was unhappy. Plus, I came off stage and probably looked miserable as well. I could have handled it better.

Hindsight being what it is, I would have stopped the presentation and asked for the event team to put on the correct presentation. Who knows if that would have been the right move.

Was this my fault? Maybe not, but I’m putting the onus on me. I should have checked it. If I would have taken three minutes, none of this would have happened.

So this was my little reminder for my content. Take the extra few minutes and check the presentation, proof the blog post, double check the title of the podcast.

Getting to Laser Focus

I was talking to a close friend of mine last week via Zoom. It was half catch up, half coaching session.

This person is super brilliant. An amazing speaker and marketer, but has never quite had the career success they’ve wanted. But…I had an idea.

During the call, for some odd reason, I used an analogy about light and laser beams (stick with me here).

According to the Lawrence Livermore National Laboratory:

Light moves in waves. Ordinary visible light, from a household light bulb or a flashlight, comprises multiple wavelengths, or colors, and are incoherent, meaning the crests and troughs of the light waves are moving at different wavelengths and in different directions.

Sidebar here – my thesis is that almost all content creators display normal visible light. Multiple wavelengths, incoherent and all over the place in different directions. While there is nothing wrong with this, and they are giving light to many people, they never truly make a huge impact on, well, anything.

Back to the definition…

Two photons become four, four become eight and so on until the photons are amplified enough and moving in perfect unison. Think of them as synchronized members of a marching band in the Rose Bowl Parade. And that unison gives the laser its power. Laser beams can stay sharply focused over vast distances, even to the moon and back.

So my friend has all kinds of content niches and platforms. It’s really impressive actually, but none are focused. There is no power there. It’s just light. Again, nothing wrong with just light, but it’s impossible to create a laser. Real impact. Real change.

About that time I had a call with my mentor, who basically told me that I’d never make an impact, a true impact, dividing focus among three companies. If I wanted to change the world, I’d have to choose, and start moving all my energy in the same direction.

I chose Content Marketing Institute. The rest is history. About two years later we were a multi-million dollar company.

I told my friend there is nothing wrong with giving their talent to everything. This person has made a tremendous impact on the world in many ways. But, if they wanted to become the best, the leading expert in a particular niche, they’d have to choose a niche and an audience. They’d have to kill off so many other things so that the protons would all start moving in the same direction. After a while, the light emitted everywhere would become a laser.

What do you need to stop doing to make a bigger impact? What decisions can you make now so that you can be the leading expert in a niche?

Just in case you’ve been in a shell lately, Kanye West announced that he was buying the right-wing social media site Parler this week.

And, of course, Elon Musk finally “decided” to purchase Twitter last week (after finding out he was going to lose the lawsuit against him).

So I’ve been thinking that this is just the start of uber-wealthy celebs buying media companies. I’m thinking Kim Kardashian would be in the mix. How about Dwayne “The Rock” Johnson? Ryan Reynolds is almost a sure thing.

Just don’t be surprised when there is a run on legacy media companies in the next two years…led by the next generation of celebrities.

What do you think?