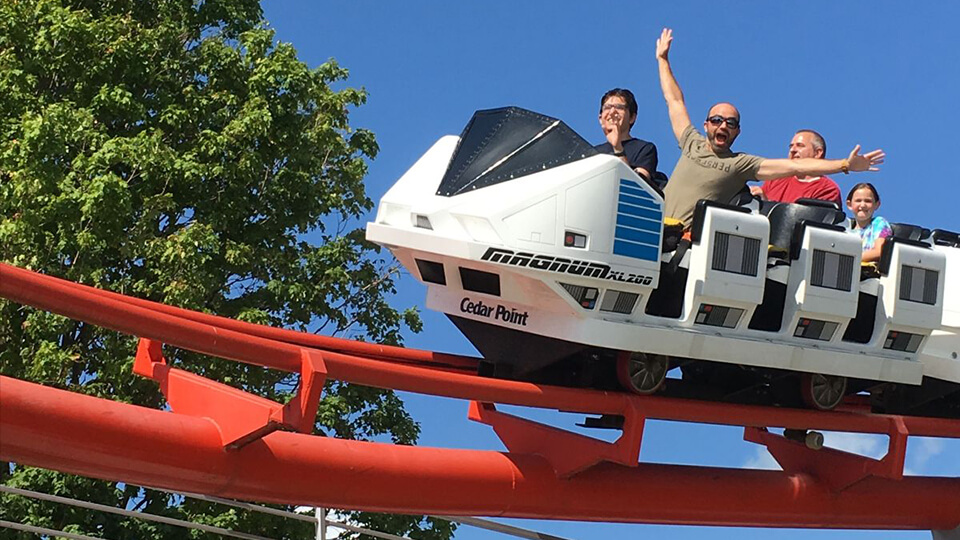 The last two weeks I’ve spent 40 hours working on my keynote for Content Marketing World (September 3-6 in Cleveland). It’s the opening keynote, and I have 30 minutes to give the audience of four thousand something of value.

The good news? The initial draft PowerPoint is complete. The bad news? I have 97 slides and the presentation clocks in at about 90 minutes. Editing time!

Here are some of the things I’m discussing:

Brand Purpose
I’ve found that most companies don’t know what their brand purpose is. Brand purpose is how a brand makes their customers’ lives better outside the products and services they create. Nike, for example, has a brand purpose around putting a spotlight on elite athletes and athletics. They just happen to sell a commodity…shoes.

If you don’t know your company’s brand purpose, it’s incredibly challenging to develop and distribute content that works for the brand and makes sense to customers. Two weeks ago I wrote about Apple’s brand purpose and how their recommitment to it in 1997 turned around the company.

Do you know what your company’s brand purpose is? Let me know if you do…I’d love to hear it.

Selling Internally
In my 20 years in content marketing I’ve learned that most programs do not get cut for lack of results, but because the executives with the purse strings don’t understand it. I think this is true with so many businesses where odd departments may not be understood for their stand-alone value.

Instead of complaining, start educating those executives about what you do. The importance and impact of it for your customers. Send something every two or three weeks (preferably in print form). If your job gets cut, it’s probably because someone wasn’t selling what you do very well inside the company walls.

When I was at Penton Custom Media in 2003, my new boss didn’t have a clue about what our department did. I walked out of the initial meeting knowing for sure we were going to get cut (the company was struggling financially at that time). For the next 18 months I sent monthly packages to him, the CEO and a few others, about the purpose and power of content marketing, including some of our revenue-generating products. Believe it or not, 16 years later and the department is still alive and kicking.

Buy Before You Build
As an entrepreneur, I’m very aware of the failure rate of new businesses. About 9 in 10 fail. Yet, in marketing, we always start new projects (like a startup). And guess what? Most of them fail. Go figure.

The End of Social Media as We Know It
I recently learned about what happened to Cyprus in 2013 while reading the book Bitcoin Billionaires (recommended). Cyprus was broke and the government needed money. To get that money, the government raided the savings accounts of anyone who had an account with Cyprus banks (they stole almost 50% of everyone’s savings).

After reading this, it hit me that we will see something similar in social media in the very near future. Right now, companies like Facebook, YouTube, LinkedIn and Twitter need us for our content. In exchange for the right to publish our content, they store all sorts of data about us and monetize it in multiple forms. Outside of letting outside governments tamper with election processes around the world, it’s worked out pretty well.

But inside the next five years I believe that most social platforms will either remove our right to publish or bake in an algorithm where nobody will see our content. It will happen in stages.

First, the organic reach of your posts will gradually go down. We are in that phase now, where a brand’s post on Facebook barely gets seen by anyone. At the same time, certain sites will suspend people from the platform they don’t like (for whatever reason). For the second stage, which has started on a small basis, big social platforms will start heavily investing in their own content, beginning the content replacement process.

The next stage I haven’t worked out yet, but it revolves around scary influence, mind control and something out of the book 1984. Yet, I’m an optimist ;).

These are just some of the things that I’ve been thinking about lately. I have four more thoughts like these that I’ll be sharing in my keynote.