This was the first year in a long time that I honestly analyzed all the ads from the Super Bowl. But first, did you see all the celebrity talent this year? My wife mentioned it about halfway through the Super Bowl and she was right…about every other commercial featured a celebrity…and the ones that did had MANY inserted into their commercial spot.

But when the Coinbase ad was featured, I stopped in my tracks (I was on the couch, but whatever). If you didn’t see it, the entire ad was a QR code that bounced off the sides of your screen like an old PC screen saver. Each time it hit the side it changed to a different color. 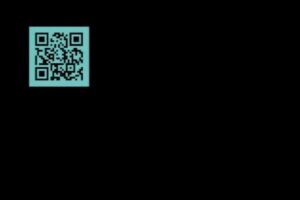 I told my wife immediately, “this will be the best ad of the Super Bowl.”

At the time, I didn’t know who the ad was for. I later found out that the QR code was an offer to get $15 in free Bitcoin from Coinbase for signing up.

Apparently, the site experienced 20 million hits inside a minute and Coinbase had to throttle traffic because of the demand on their servers. Why they weren’t prepared for this is another story altogether (as my oldest pointed out).

So why did this work and why do I believe this was the best ad?

It was different. Period.

Someone in the Coinbase marketing department said, “hey, let’s do something different.” They did. And as a side note, it was the least expensive ad to produce as well.

You can create mounds and mounds of content consistently over time, but if you don’t have a content tilt, you won’t make it. The content tilt is where the creator finds an area of differentiation where they can break through all the other clutter and get noticed. It’s your hook.

I’m sitting here right now and I only truly remember one ad from the entire Super Bowl. The one I’m writing about here.

Are you struggling to get attention with your content? Find your tilt. What makes you different?

How you say? Focus on a niche audience. Try a smaller, sub topic. Look at a new platform. Tell your story in a different way.

Finding that Little Bit of Crazy

As you are reading this I’m on vacation. I’ll talk about it in the next newsletter.
It got me thinking of some of my previous holidays…specifically one my family and I took to Italy and Spain about five years ago.

Over the trip, we had the opportunity to see breathtaking paintings, sculptures and architecture. We visited Picasso’s Museum, saw Michelangelo’s David, viewed Botticelli’s Venus and topped it off with Gaudi’s amazing Sagrada Familia.

As we went from city to city, museum to museum, my wife would comment on how “crazy” these artists were. Picasso, for example, spent months painting the same image over and over, making minor variations along the way. When you look at the paintings as a group, you wondered how obsessive-compulsive he really was.

Michelangelo basically locked himself in a room for two years while designing David, and spent six months alone on just polishing it.  He often went to bed with his boots on and rarely, if ever, showered during that time.

Gaudi’s early designs for Sagrada Familia were almost laughable.  Nothing like it had ever been undertaken. The idea was almost too big.  That idea is now on schedule to be finalized in 2026, 100 years after his death.

Maybe the greatest creators are a little bit crazy, but maybe it’s something more. At least during this holiday, I found that the world’s greatest creators are incredibly focused on one thing at a time.  They also think big…setting lofty goals and visions of what can be accomplished. They focus on areas and do things that haven’t been done before.  It is also fairly obvious they deny conventional thinking, or as Robert Frost would say, they take the path less traveled.

We have a lot to learn from these creators.

If you are going to create content, choose a content niche where you can actually be the leading expert in the world, setting that as an actual goal. If you are going to be a content creator, focus on doing something consistently over a long period of time (a hallmark of all the great media companies). And if you are going to actually create something, don’t tell the same story…tell a truly differentiated story (see Coinbase above).

Sure, it can be based on what’s happened in the past, but something about it must be different.

NOTE: You might like this overview of Adam Alter’s recombination about combining familiar things to create something new.

Might all this seem a little bit crazy?  It will absolutely look that way to those who don’t stand out.

And do you want your marketing to actually make a difference?  I hope your answer is yes.

Congratulations for getting to this point in the newsletter. I’d love to see you in person at Creator Economy Expo (Phoenix, AZ – May 2-4). If you are a content creator, this is your event (developed by creators, for creators). Use coupon code “pulizzi” and get $300 off.